216 war missions, 74,071 miles traveled, 197 days spent in the basin repairing the wounds suffered in combat: these are the impressive numbers that make Vincenzo Gioberti perhaps the most active unit of the Regia Marina in the war theater of the Mediterranean sea between 10 June 1940 and 9 August 1943, the day of its sinking. The destroyer Vincenzo Gioberti was protagonist in the battles of Capo Teulada, Punta Stilo and Capo Matapan; it also participated in countless and very dangerous escort actions of national convoys to Africa.
It was a very fast ship, gregarious of battleships and cruisers but always ready to come into play if the threat to the shipping it offered protection became serious. Indeed, precisely because of the role they held, it happened that destroyers were first units to engage the enemy. 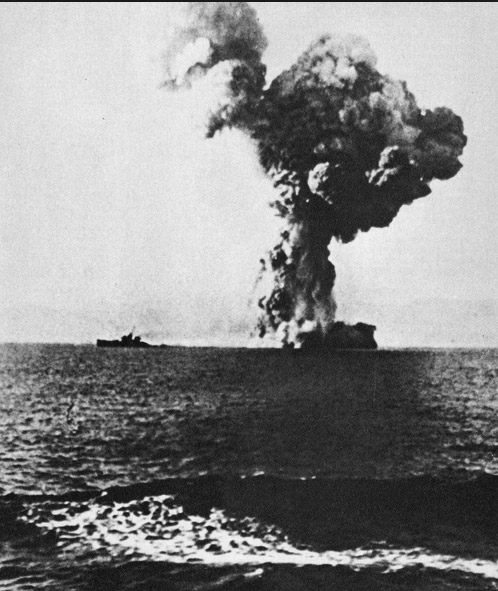 The underwater traps were always present and destroyers were not the most suitable ships to face it. Later in the war it would have been the corvettes, also equipped with electric motors and echogoniometers, to replace them in the antisubmarine hunt. Vincenzo Gioberti, have been through all sorts of things, was the victim of an English submarine paradoxically in one of the safest crossings of his eventful career. On 9 August 1943 it set sail from La Spezia, under the command of the frigate captain Carlo Zampari (on his first war mission), with the destroyers Mitragliere and Carabiniere, escorting the VIII Division (light cruisers Garibaldi and Duca d'Aosta) directed to Genoa. At 18:24 the formation was spotted off Punta Mesco by the British submarine HMS Simoom, which launched four torpedoes against the Garibaldi; it managed to avoid them with the maneuver but the Gioberti, who was behind the cruiser, performed a wrong maneuver (it increased its speed but remained on the same course) and, hit by two torpedoes, it broke in two pieces   : the stern blew up, the bow, pushed by the inlet, continued for a few hundred meters before swerving to starboard and sinking in turn, about five miles by 210° from Punta Mesco. After the attack 171 survivors of Gioberti were recovered by some MAS (armed torpedo motorboats) and other units that left from La Spezia.

The real number of casualties including deads and missing is unknown but may have been up to 95.